Plant Life - The Arctic is teeming full of plant life, despite its desolate reputation.  Below are examples of plant life and adaptations that make them suitable for the Arctic biome. 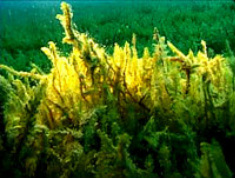 Arctic Moss has tiny rootlets instead of roots due to the extreme permafrost.  It also grows in lake bottoms and bogs and this is where it gets most of its nutrients from.  It stores lots of the unused nutrients in the leaves for the next spring so it can grow again. 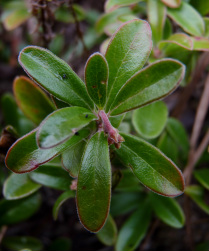 Bearberry is a low growing plant that uses that adaptation to stay out of the way of the ripping Tundra wind.  It also favors places like behind rocks to again stay out of the wind.  The leathery leaves keeps moisture and heat inside the plant. 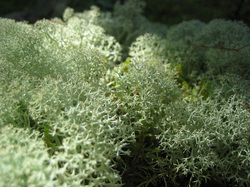 Caribou Moss can go a long time without water.  They just grow dry and go dormant when there isn't water and/or light.  They can grow again after being dormant for a very long time.  Caribou moss grows in arctic and northern regions around the world. It grows on the ground and on rocks. It looks like a foamy, gray-green spongy mass, and grows to be 1 to 4 inches high. The stems, or stocks, are hollow. Although it is called caribou moss, it is actually a lichen. 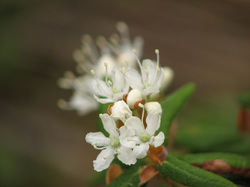 Labraor Tea has fuzz on the underside of the leaves and it is believed to be an adaptation to retain moisture. The brown hairs comb moisture from ground fog, and it acts like a sponge to retain this water. 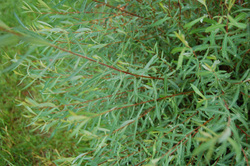 Arctic willow grows close to the ground, to get out of the way of the wind  It also has fuzz to retain heat for the plant.  It has little hairs on its leaves to help with insulation.